It started at the dawning of the Age of Aquarius. That's when stereo types from the 50's no longer fit post World War II society. There was outrageous talk of "Consciousness Evolution" and ordinary people becoming enlightened. That's when Rosemarie was born.

Raised in a strict Roman Catholic home with New Thought education for a chaser, the world didn't make sense. How can a good and loving god be vengeful? Rosemarie just didn't get it. She couldn't understand the purpose of war. Rosemarie curiously nodded when people talked behind each other's back, spewed the poison of prejudice and deceived everyone for personal gain. Thinking it was her inability to comprehend the Divine Wisdom of the centuries, she bought into the values, learned the dogma and kept to herself.

For decades, Rosemarie did the do, playing by a set of rules and principles embedded in my mind much further back than memory. Through college, graduate school, then the jet-set life as a management consultant, Rosemarie firmly believed she could affect a discernable difference in the foreseeable future AND live to tell about it.
Rosemarie’s career in the mortgage banking industry finally burst her bubble. She knew she wouldn't break the bank doing business ethically but expected it would sufficiently provide for her as she served her clients with respect and kindness on the side. She was wrong.

Finally, Rosemarie’s life-long love of singing demanded a meaningful outlet. Her music career evolved out of my discontent and disconnect with status quo. Every institution in the world is on the verge of total devastation. Corruption is at the core of every one. It has to change. Rosemarie is here to help usher it in.

Transforming the world, one life at a time

'tude vox is about being a voice with attitude, and using it to strive to reach our potential.

Human beings are designed to be whole. Some of us get stuck in the animalistic side of life. Other's get stuck in the . . . spiritual/religious mumbo jumbo. Others are somewhere in the middle. But life is about more than that. Life in the wholeness of emotion is to be explored, appreciated and lived.

There are several basic emotions that are natural and healthy. For the purposes of this CD, we've broken them down into 9 emotions: passion, fear, grief, peace, love, happiness, joy, bliss, oneness. As humans, we have evolved into little emotion machines; to the point of our own destruction.

Anger, jealousy and hatred are examples of the harmful emotions. These are some examples of unnatural emotions. Anger can be a combination of fear and grief with a little pride kicked in for effect. Fear is natural. But how often can you honestly say that your fears are about some immediate threat? We've developed so many neuroses that we are afraid of something that we think may happen if . . . Grief is natural too. Losing something or someone we love is painful. But many of us feel grief about something that was never meant to be that we never had. So, when we combine natural emotions together and add some human pride, righteousness, vindictiveness etc., we get unhealthy emotions that destroy our lives and the lives of those around us.

Being human is about experiencing all of life's up's and downs rather than stuffing it in (often resulting in illness) or acting it out (often resulting in abuse and imprisonment). All of the natural emotions are healthy. The unnatural emotions kill us and our planet. We can't really get away from feeling these unhealthy emotions once in a while (at least) but we can decide to acknowledged, recognize and release the unhealthy emotions. There's so much more to discuss on this subject that we released a CD called "From Primal to Divine."

In a fast-food society, Truth is often shrouded from the middle class by an insatiable need for immediate gratification. Re-programming generations of thought-pattern requires conscious effort over extended periods of time. If it takes too much time or effort, many people retreat to familiar habits of self-defeating thought and behavior.

That's where transformative music can help! Music, in addition to being fun to hear, is the power of thought magnified by the majic of sound. The brain is a computer, accepting programming from any stimuli. Rosemarie makes music with real emotion (not Sunday-school proper) then provides a healthy perspective for resolution. Resolving emotions and conflict, rather than repeatedly hiding or obsessing over them is consciousness evolution in progress. Anyone can make the "Law of Attraction" work by choosing music that reinforces success-thought patterns and by listening daily. 'tude Vox Ro s at your service.

Magic behind the music

Picture of Scott Sumner to be uploaded.  To call him my "engineer" isn't sufficient.  Sure,  he is awesome at the controls but he is so much more.  I get rave reviews on all of his work.  He writes the music for some of my most popular songs, does most of the producing and is a trusted associate in this business.  Thank you Scott.  If anyone deserves to get rich in this industry, it is you.   I intend to be the artist that helps you get famous (and wealthy).  Scott owns Audio Magic Studios and can be reached at (586) 776-7777. 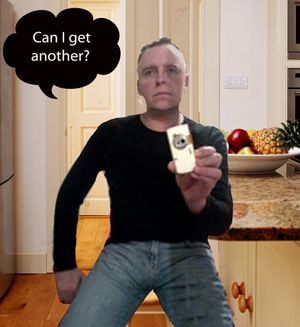 The above picture is one of James Oakwood from Staffordshire, England, UK.  He is the one who encouraged me to dabble in Progressive Rock by inviting me to add vocals to "Bridge to Ever After".  I "met" James on MP3Unsigned.com.   He is an incredibly talented musician and great support. 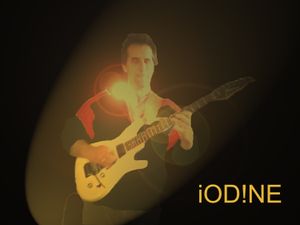 I "met" Rich (Iod!ne) Ramsey on MP3Unsigned.com through James Oakwood, above producing "Bridge to Ever After".  He's from Vancouver Island, BC, Canada and is absolutely fabulous on the guitar, not to mention his song-writing skills. 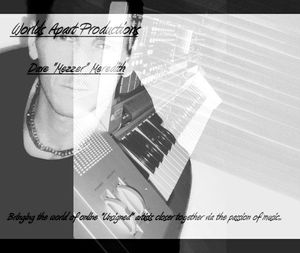 This is Dave Meredith of Worlds Apart Productions from England.  The name is very appropriate because he works with fantastic vocalists all over the world.  I was honored when he invited me to collaborate.  His exceptional musicianship and fantastic collaboration efforts make for an exceptional working relationship and a great addition to my music styles.

This is my mom, Vita.  She is the single most important factor in my pursuit of music this life.  When I was in 9th grade and blew off the initial and make-up auditions for the high school "Corale", she picked me up from the junior high school at lunch to bring me in for a special audition.  I passed the audition.  It was the beginning of my high school and college music career.  When I quit recording last year, she bought me 3 hours of studio time for Christmas.  She is my biggest fan and support. 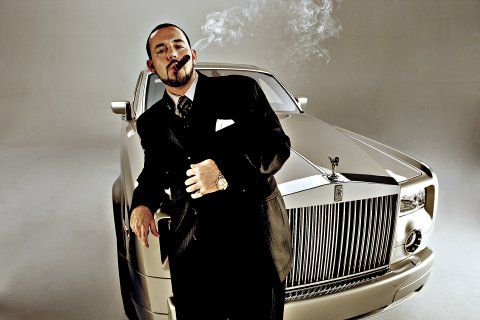 Shane Capone is the King of Hip-Hop.  He is the guy with the nasty lyrics on "Do Me", which won best male vocals of the week at Garageband.com.  Although I can hardly say Shane has encouraged my musical career (quite the opposite), it was Shane that inspired me to actually go out and pursue my dreams.   He has been a good friend and most importantly, introduced me to Scott.  Well . . . I was a bit persistant.  It was Shane's friendship with Scott that got me in the door of the studio.   You can reach Shane through his website:  http://www.rockcityrec.com/.